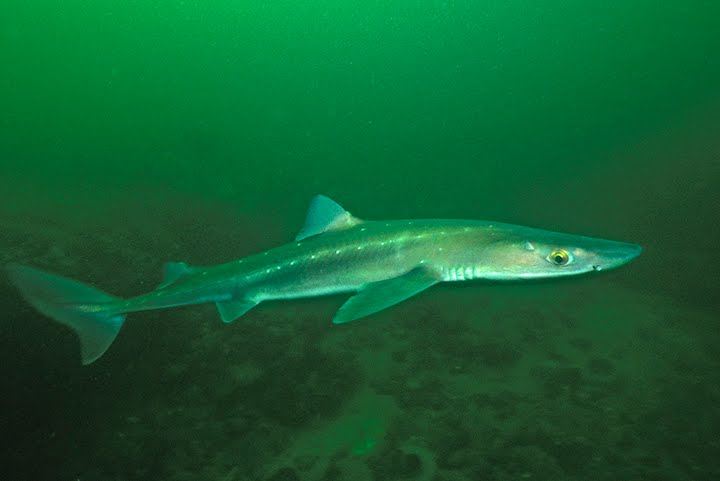 Spiny dogfish inhabit colder waters of the Atlantic and Pacific oceans from shallows to nearly 700 metres (2,300 feet) deep. Found in all the world’s temperate oceans, the spiny dogfish is a small schooling shark that forms groups of hundreds, or thousands, of individuals of the same sex and size.  The average length is between 75 and 105 cm (30 to 40 inches), however, individuals have been known to grow to 130 cm (50 inches) weighing 9 kg (20lbs).

Spiny dogfish sharks are long-distance travelers. One spiny dogfish tagged and released from Washington State showed up off the coast of Japan ~ a 8,046 kilometer (5,000 mile) ocean journey! 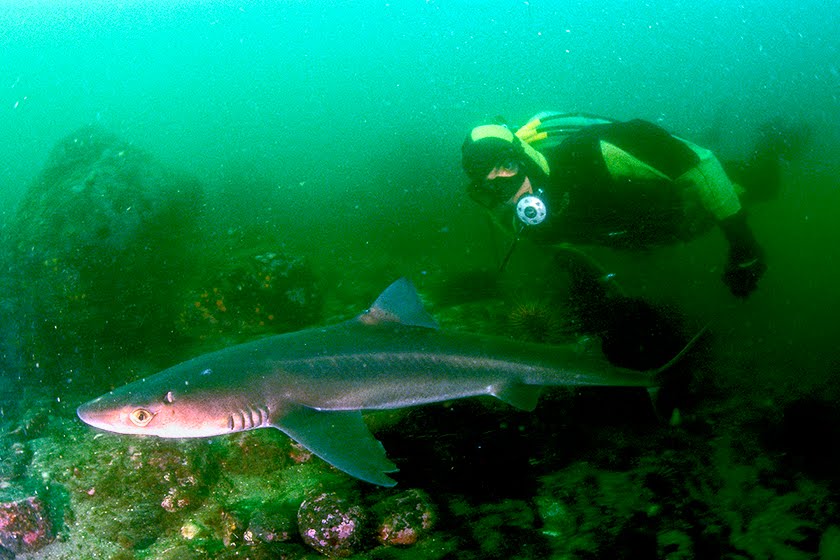 There is always one who plays to the camera. Socke

“Music is a language that doesn’t speak in par

Beneath the Bull Kelp Temple. #bullkelp #kelp #u

“It’s strange to have a friend that you have n

"For a photographer, sharks are a stirring subject

Red rock crabs can only successfully mate when the

Having been published in Norway took on an entirel

“Why did you learn to dive and where did your ad

No gaslighting here... just a crinoid on some pink

Any encounter with a whale shark is mind blowing.

A place called the Sand Bar at Moorea, Tahiti. @

Just chillin’ and waiting for the sun to go down

“Do not follow where the path may lead. Go instead where there is no path and leave a trail”